Overall, the car has a striking resemblance to the Audi R8, but it employs sufficient elements to differentiate itself from what seems to have been the inspiration. Various parts, such as the double exhaust tips, the rear spoiler and the front visage remind us of the Renault Alpine 110-50. Yet, unlike the pure concept car, the Renault Sport R.S. 01 has a more down to earth shape.

Designed by Akio Shimizu, the track-only car was inspired both by previous Renault concepts, such as the 2010 DeZir and by land speed record holding vehicles; or at least, that’s what they said.

Visually, the nose is longer than the rear, if viewed from the side. Usually, designers strive to keep a balanced proportion between the front and rear overhangs, but in this case, function dictated the form. The massive air intakes in the front suck the air in, channelling it toward the water coolers, and then expel it through the bonnet outlets, over the roof of the car, creating downforce. The splitter and the small finlets located on either side of the bumper have functional purposes as well – the first adds additional downforce, while the latter limits air vortices that form due to the rotation of the wheels. 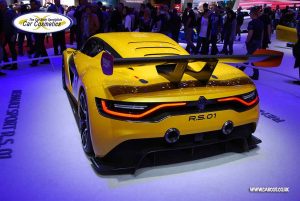 The side intakes have the role of cooling the turbochargers, while the massive rear wing, in conjunction with the diffuser limit the amount of lift generated at high speed and help push the car onto the road. Spanning the entire width of the vehicle, the ample LED rear lights, together with the twin exhaust tips complete the Renault Sport R.S. 01.

The carbon monocoque comes courtesy of Dallara, while the exterior panels are manufactured from composite materials, in an effort to keep weight at a minimum. At 1,100kg, the low weight qualifies it as a super model in the world of sports cars; as a result, the top speed is an estimated 186 miles per hour. 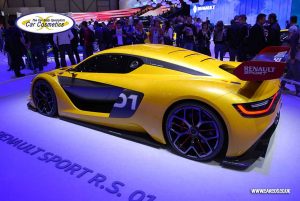 The strange thing is that Renault hasn’t released any images with the interior of the car, for reasons unknown. Was it incomplete or just too barren of a landscape to be seen by cameras? We’ll never know for certain, but for automotive enthusiasts, a race car does not equate with lounge-like massage seats and diamond quilted leather, so nobody was going to pin the manufacturer to the wall for failing to comply with unrealistic expectations.

In the press release however, the Renault Sport R.S. 01 is rated as being LMP1 standard compliant. The carbon fibre tub has attached front and rear steel frames for energy absorption in case of an accident, while the 150 litre fuel tank is integrated into the composite structure. Moreover, the steering column features a collapsible construction and the single driver’s seat comes from Sabelt and includes a six point racing harness; the seat itself is HANS® ready. 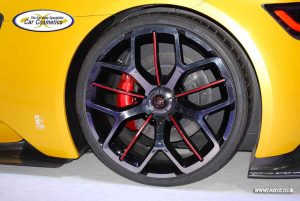 A derivative of the unit present of the Nissan GT-R, the 3.8 litre twin engine pulsating inside the Renault Sport R.S. 01 comes prepped by Nismo. However, unlike the Japanese model, the French track car has it mounted midship, in an attempt to perfectly balance the weight of the front and rear. Developing 500 horsepower at 6,800 RPM, it will be more than able to hold its own on the circuit. In fact, its performance is estimated to be between the GT3 and DTM categories.

A seven speed paddle shifted operated gearbox, wearing Sadev’s seal transmits the power to the rear wheels, while Michelin tyres wrap the 18 inch wheels. Hidden behind them, carbon brakes with a diameter of 380mm with 6 piston calipers and a Bosch ABS system are in charge of bringing the car to a halt when needed. 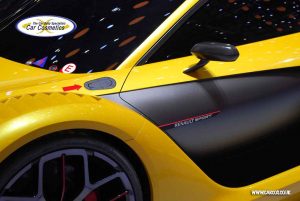 Renault has the benefit of having a solid heritage in the world of motorsports (over 115 years, to be precise) and that shows in the structure and build of the Renault Sport R.S. 01. All the major components have been outsourced from established heavyweights in the world of racing and performance, thus minimizing the risk of failure and giving the soon to be produced concept car a great deal of credibility.

The FIA LMP1 2014 safety compliance and the modular structure of the car, which allows for the easy swap of damaged components should have a big impact in the way the car runs and behaves on the long term. 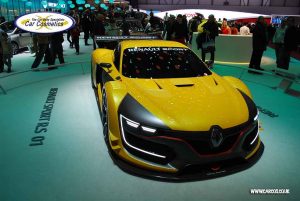 At least for now, no mention of price has surfaced, but judging by how much technology has been incorporated into this model, expect it to cost much more than a GT-R. Designed to be the star of the one make/one design Renault Sport Trophy Championship, the Renault Sport R.S. 01 will serve as a test vehicle and launch pad for talented racing drivers. Slotting between the Clio Cup trials and high profile championships (i.e. DTM, Japanese Super GT or FIA World Endurance Championship), the newly established series by Renault will cater for both amateur and professional drivers (and yes, if you have enough money, the instructors will struggle with you to teach you how to properly drive a race car)

For an undisclosed amount of money, the aspiring race driver will be able to rage up and down the track for four hours over the course of a three day weekend. If you think that to be a little on the thin side, you’re not the only one, but considering that 20 teams are to be allowed to participate in the championship, then it’s understandable. Aiming to be as cost effective as possible, no modifications will be allowed and servicing will be done once every two seasons, which means that personal skill and luck, to some extent, will dictate the winner. Unlike the drivers, which will have to fork out their money to Renault, the visitors to the events will have free entry and access to the paddocks. 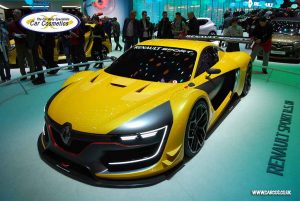 In terms of practicality, let’s say that the Renault Sport R.S. 01 will not be able to rival your neighbour’s minivan, as it only has one seat and no boot whatsoever.

In fact, the car will not be road compliant, as it is destined for track use only. If analyzed from the viewpoint of a driver, then it’s a bliss: it has diverse components coming from big names in motorsport, it has only one seat (so no pesky friends/cameramen/co-pilots, etc) to carry, it’s lightweight and it has a GT-R engine mounted in the back! What could be better?

Pininfarina Ferrari Sergio How To Polish a Car