Arguably one of the most successful models that Nissan has ever produced, the original Nissan Qashqai started the crossover trend, offering a relatively compact and capable car mated to an elevated ride height that stepped into the SUV area, but not completely. Through its peculiar construction, it inspired a niche market that has grown considerably. 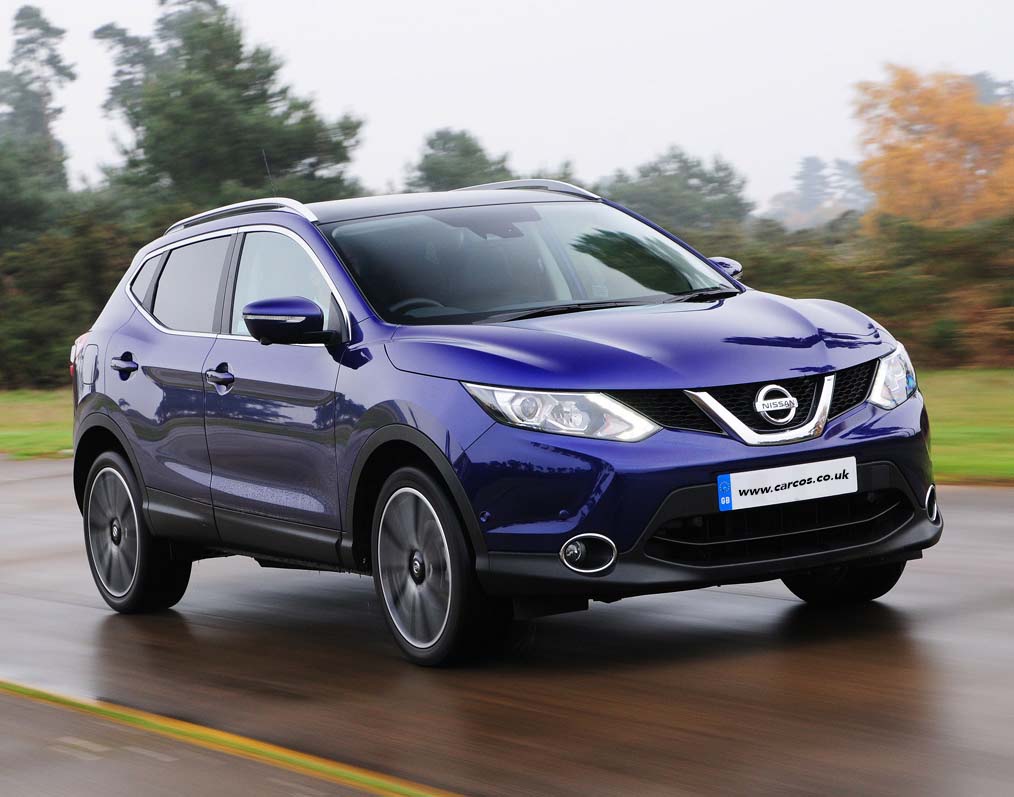 Now, in 2014, seven years after it first hit the market, Nissan has introduced the second generation of the vehicle – a reworked, better version of the benchmark model, which is set to face the competition. Let’s see what it brings with it!

Designed in London, the car is built in Sunderland and, according to Nissan, this has helped with the setup of the suspension, which should better suit the taste and expectations of European customers.

From a visual standpoint, the vehicle is less rounded than its predecessor, although it still keeps the same overall shape. Its fascia includes the chromed “V-motion” grille, also found in the new Juke. The headlights are sleek and extend into the front wings , while the bonnet features two pairs of ridges – two over the headlights and two on the centre, that make a V, when they eventually meet with the grille. The air intake in the front bumper looks like an ugly grin and it’s framed by a pair or fog lights with chrome decorations. The lower part of the front and rear bumpers, as well as the side skirts are wrapped in black plastic, a hint at the crossover legacy of the old Nissan Qashqai. The side of the car seems much longer, but that’s mostly due to the dynamic lines employed by the designers, as the gain in length measures only 47 millimetres. The ride height has been slightly lowered by 15 mm, while the width has been increased, in an effort to emphasize the more aggressive stance of the vehicle. The top versions come with 19 inch polished alloy wheels, which certainly aid the visual spectacle, but for the standard versions, the buyers will have to settle for the 17 inch ones – unless they specifically ask for other models, but in that case, expect to fork out some cash. The wrap around rear lights extend into the pronounced shoulders of the car. A large roof spoiler, as well as roof rails come as standard on all models.

The Nissan Qashqai is built on a standard platform – Common Module Family or CMF for short, shared by the Renault-Nissan Alliance. The prospect behind this concept is that it serves as a base onto which various models coming from the two manufacturers will be built on, thus helping not only to lower the overall costs of product development, but also the price of acquisition for the intended models, one of which is the car that constitutes the subject of our review.

Considering that the old model has sold more than 2,000,000 examples, with no less than 49,654 bough by customers in UK alone last year, the new generation has some pretty big shoes to fill.

Featuring a styling that is unique to Nissan, the second generation Nissan Qashqai continues the legacy of its predecessor, in a much attractive package. 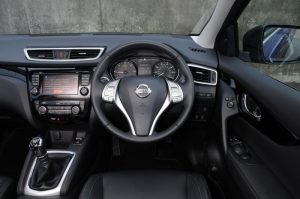 While the exterior of the car, especially when fitted with 19 inch wheels and striking colours, manages to wow the onlooker, the cabin is the space reserved for the driver – and, just like on the outside, Nissan did not disappoint. Although a bit conservative in styling, the ergonomics and the quality of the interior have been much improved. Soft touch plastic, intuitive controls and clear, visible dials are now present. Five trim levels are available, starting with the base Visia, Acenta, the n-tec, n-tec+ and the top of the range Tekna. As a bonus, Bluetooth connectivity is standard on all models, although for sat-nav you’ll have to skip the basic offering.

While the former generation received appraisals regarding its sporty driving conduct, the new generation seems to have taken a more relaxed approach, focusing rather on refinement rather than on sportiness. Thus, the response from the engine is linear and predictable, while the better construction helps in reducing the noise perceived in the cabin, especially at high speeds, where it used to be a problem. The body roll, an issue present even with vehicles with much less ground clearance than the Nissan Qashqai, is barely noticeable, thanks to the implementation of Nissan’s clever technologies. Moreover, the research that was carried out in the UK and in Spain, when testing the pre-production model, seems to have paid off, as the suspension system does its job very well, filtering with success most of the bumps in the road – thanks to the double piston shock absorbers – and it maintains a steady, firm ride, when cornering at high speeds.

All the engines in the Nissan Qashqai range, regardless of being powered by diesel or petrol or being 2 or four wheel drive, benefit from Nissan’s Pure Drive system. Powered by an environmentally friendly vision, the Pure Drive concept follows to maximize energy efficiency while at the same time reducing the engine’s thirst for fuel and reducing the carbon dioxide emissions. Moreover, all models benefit from start/stop technology, which cuts out the power when the vehicle is idle, thus reducing emissions which total 99g/km, a considerable improvement compared to the previous generation.. The 2014 model also received a full 5 star Euro NCAP rating, while a slew of other features such as lane departing, a 360 degree videos camera and park assist are available as extras.

The cheapest version, the Nissan Qashqai Visia, comes with a price tag of £18,265 and is powered by a 1.2 litre petrol engine, with a manual transmission and is 2WD. The top of the line Tekna comes with a 1.6 litre diesel, with manual transmission and 4WD system at a cost of £28,500, but it comes with all the bells and whistles of a high end vehicle and it sports a 57.6 mpg, combined cycle. The best results in terms of fuel economy will come with the 1.5dCi diesel, which provides an excellent figure of 74.3 mpg and is road tax free due to the low levels of emissions.

The interior of the Nissan Qashqai feels bigger and wider than before, with plenty of legroom and headroom for both driver and passengers. The boot space has increased with 20 litres over the previous generation, now measuring exactly 430 litres and it can be further extended if the rear seats are folded, amounting to over 1,580 litres, which should be more than enough for your day to day needs.