For 2014, Nissan decided to give a facelift to its popular small size SUV, the Nissan Juke. Major modifications have not taken place, as the car has the same iconic design as its predecessor – which some might consider ugly, but as a compromise, let’s call it different. Actually, this approach has made the model quite an appealing choice – besides the price, that is. Small size SUVs tend to be quite rare these days as the automotive industry seems to focus on rather heftier vehicles, and for someone who prefers to have a higher seat position than a saloon, but also wants to be able to park it in the city easily, the Nissan Juke would be one of the best choices out there. 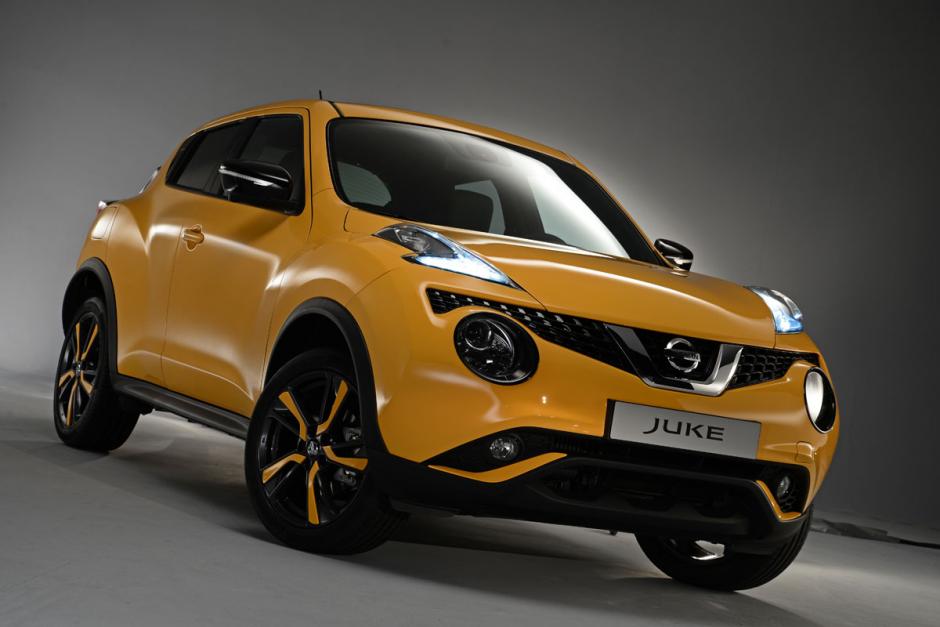 The Nissan Juke is available in no less than 10 versions – the car caters for the need of everybody. Starting from the entry level version Visia (1.6 litre petrol engine) which costs around £13,420, and finishing with the top-of-the-line Tekna (1.6 litre turbo petrol engine) with a price tag of £17,670 (which can go higher, depending on the options), there is no shortage of choices.

Featuring restyled front and rear bumpers, more aggressive headlights and a grille reminiscent of the Qashqai model, the design is visibly refreshed. For those interested in its technological offerings, you’ll be happy to know that it features start-stop technology, so you’ll be saving fuel whether you are stuck in a traffic jam or just waiting for the lights to turn green. Furthermore, the carbon dioxide emissions have been reduced, which is good news and a commendable thing for the manufacturer. Regarding alternative motorisations, there is also a new, smaller, 1.2 litre petrol engine that can be coupled with a six speed manual gearbox, although the top spec Nismo version will only have a 1.6 litre turbo.

The boot compartment now benefits by an increase in storage space, its capacity now being 354 litres – almost 40% bigger! Those who have families can now rest assured, as Nissan has corrected a major flaw that hindered the past version. Moreover, there is also a hidden compartment that allows for the safe storage of personal belongings.

Buyers now have styling packs at their disposal, being able to change almost everything in the interior – in single or contrasting colours. A glass roof – offered as optional – will complete the picture, allowing for more light to enter the cabin and also create a sense of space. New wheel models are available, with sizes ranging from 16 to 18 inches, and some even allow a certain degree of customization, as they include black, white, blue and red details.

For 2014, Nissan decided to refresh the image of one of their immensely popular models, the Nissan Juke mini-SUV. Being one of the best-selling models ever to exit the producer’s factory, it had to undergo a restyling in order to keep its flare for potential buyers. The overall shape of the vehicle has remained the same, with the signature Juke design prevalent. However, small yet noticeable details emerge at a closer look. The front and rear bumpers have been redesigned, while the whole front section received a makeover, with a black mesh grille adorned in the centre with a V shaped chrome ornament housing the Nissan insignia, reminiscent of the Qashqai model. The headlamps have become sharper, now using xenon and LED technology, and the interior sports a new look, with a variety of colour options being available for a high degree of customization.

Having a base price below that of other competing crossovers, the Nissan Juke delivers value for money, with the driving experience being one that is bound to please the driver. Precise steering and very good manoeuvrability means that the car is able to keep up with other, more powerful vehicles. The seats offer more lateral support, while the dampers seem to do a good job in softening any potholes that get in the way. Starting from the base model and finishing with the top Nismo configuration, the available engines provide quick responsiveness and rapid acceleration, while all-wheel drive is available upon request as an extra option. The car’s compact size also means that it is more agile through the city and better able to negotiate a tight parking manoeuvre.

Statistically, Nissan has established itself as a manufacturer with a portfolio of well-conceived vehicles, and the Nissan Juke is no exception. In comparison to the older variation of the model, the 2014 Juke seems to consume less fuel. Of course, the improved engine line-up and the start-stop system make a rather large contribution to it. Moreover, new components have made their way in, improving the mechanical experience and fixing any potential flaws that might have existed with the previous generation.

Even in its basic configuration, without any gimmicks, the Nissan Juke is pretty well equipped. The mpg is decent, considering that its size is larger than that of a saloon, and Nissan offers a warranty for new models. Minor things, such as an oil change and a technical inspection at regular intervals, should ensure that the car will remain in good working order. Other than that, our advice would be not to push the car to its limits – this way, the mechanical components will not wear out as fast, there will be much less stress on the chassis and the fuel consumption will remain at normal levels.

With the facelift, Nissan also improved the user experience. Finer materials are used in the interior, and there is an expansive list of options for customizing the vehicle. The boot space has increased, meaning that you can store or carry more, and the refined driving experience ensures you will appreciate the effort.

To see more details on the Nissan Juke 2014 click here.