For 2014, the Mini Cooper S model, has received a well deserved makeover, in order to stay up-to-date with the latest technological advances and stylistic changes. Competition in the small class is fierce, with rivals such as Ford Focus ST, Seat Leon Cupra or the Renault Mégane RS just waiting to sell more units and steal some of Mini’s clients. In the following review, we will try to find out if the Mini Cooper S has got what it takes to remain on the top spot. 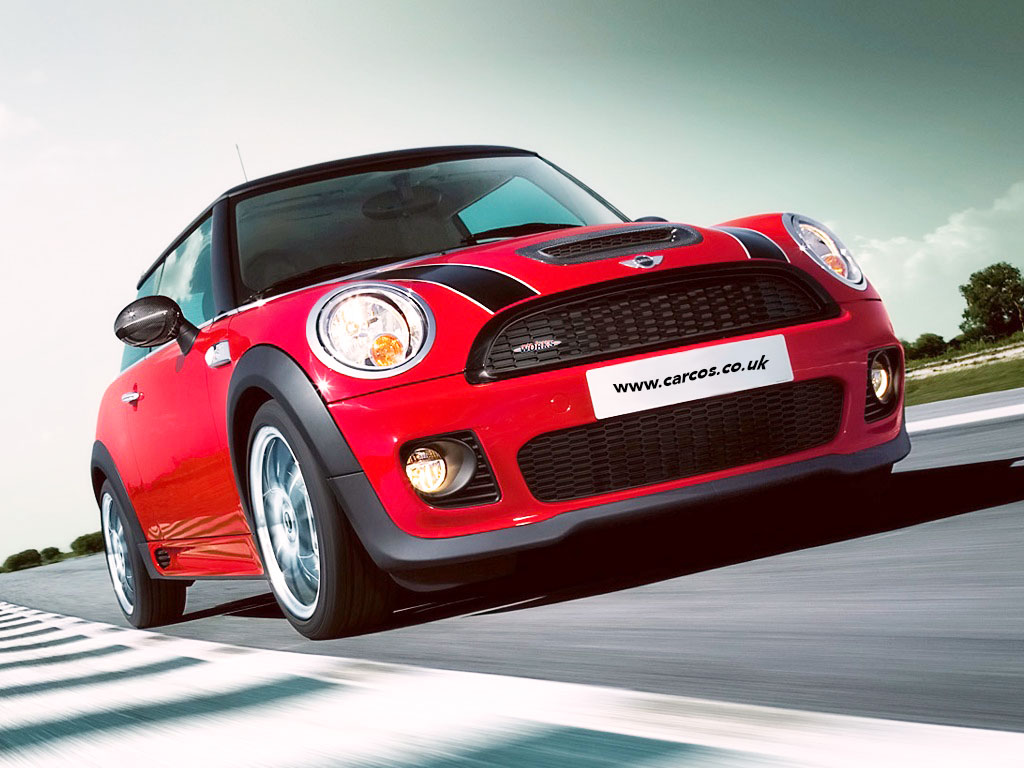 The most obvious change is at the exterior – although the car seems to have kept its original proportions, it’s just a cleverly disguised illusion. The dimensions have increased and the Mini Cooper S is now 44mm wider, 7mm taller and 98mm longer. The swollen bonnet is now longer, it’s nose more swollen, and the front grille larger. The rear lights have also increased in size, together with their frontal counterparts.

Mechanical changes include a new, longer wheelbase – an increase of 28mm, a revised suspension, both in the front and the rear and, as an extra option, configurable dampers.

A larger, 2 litre petrol engine replaces the older, 1.6 litre one. Developing a total power output of 192bhp, it is connected, by default, to a new generation 6-speed manual gearbox. The power figure is nothing short of impressive, but considering its German origin pedigree, there should be no surprise. A 6-speed automatic is also available, complete with a paddle shifter for an enhanced, sportier feel and a better control over gear changes.

In the interior, the biggest and most obvious change, noticeable as soon as you step foot in the cabin, is the disappearance of the centrally mounted speedometer. A more conventional instrument cluster sits behind the wheel, while the large central console now houses the navigation and audio controls. Another change comes with the electrical windows and door lock controls, which have been moved on the door console, as a means of increasing the versatility of the car and improving ergonomics.

The larger size of the Mini Cooper S translates to a more spacious interior, as both the leg and the headroom have increased, comparatively to the older generation. The greater width now allows for adults to better fit on the back seat, while the driver receives much more room for its feet.

0-62 is achieved in 6.8 (6.7 with the automatic transmission) seconds, much faster than rivals such as the Fiesta ST, Fiat Abarth 595 or Renault Clio RS, which is a natural consequence of its increase in engine displacement, a welcome addition that the brand’s enthusiasts will very much appreciate.

Besides the increase in dimensions, the car’s design also received a makeover. The front section now features larger headlights, more swept back and narrower than the old ones. The grille, having a black finish framed by a chromed edge, has also grown in dimensions, now cutting into the front spoiler, which sits closer to the ground and has a refreshed design. The side of the Mini cooper S has remained unchanged. At the rear, the spoiler is longer and sports two exhaust tips. The backlight’s surface has increased, as the laps have gotten bigger and on the roof, a restyled, more aerodynamic roof spoiler completes the sporty appearance of the vehicle.

In the cabin, the steering wheel is now more profiled, allowing for better grip. The profiled seats and the low driving position allow for a sportier feel, while the large centre LED dial is used as a rev counter when the “sport” mode is turned on, which is quite a nice touch from Mini! The dash is now redesigned, as the centre air vents are no longer circular, but rather stylized rectangles (the circular vents remain in place in the driver and passenger side). Customization options have increased, as the dashboard can come in 5 colours, while the interior, per se, can be endlessly modified, according to taste and personality.

The mid-mounted exhaust does a terrific job of bringing joy to an automotive enthusiast’s ears, as it excellently embodies the personality of the engine, crackling and popping when pushed a bit. As expected, the BMW sourced engine, now having a 2.0 litre displacement, provides excellent feedback to the driver, the acceleration being very linear. The front end doesn’t feel heavy and allows the driver to play with it, confirming its sportier character, and the tires now grip the road better, thanks to the stiffer springs. The 6-speed gearbox is swift and its build quality is so good, that it gives the impression that it was designed for a much more expensive car, its smooth response and harmonious gear shifts being impeccable.

Although the origin of the brand is British, it is well to know that the mechanical components are German-sourced. Thus, the 2.0 litre engine comes from BMW and that tells us something about the performance and the build quality. Throughout the years, the Cooper model has had its fair share of problems, but nothing major. Dash rattling sounds, uneven noise coming from the engine or faulty headlights are some of the issues that have been reported. The 2014 model had its faults rectified, as rave reviews fill the dedicated forums for the Mini Cooper S, so if you are a potential customer, rest assured; your future car will last as long as you will want to keep it.

The fuel economy will be the first question when inquiring about the daily running costs of Mini Cooper S. BMW cites the mixed mpg to be around 49.6 miles per gallon with a manual and 54.3 with the automatic but the real-life figures may vary. Of course, your manner of driving will most definitely influence the output, as a sportier style will bring the numbers down. The Green Mode option allows for further savings and a more relaxed handling of the car will keep the costs to a minimum.

The Mini Cooper S is a car belonging to the mini class, so the interior space is not as expansive as that of a saloon. However, the increase in body size has allowed for a better arrangement of the seats, which offer more leg room than before and an increase in boot space. 211 litres sit at your disposal, being further expandable to a total of 731 with the rear seats folded down, which is more than decent.

If you’d like to learn more about the Mini Cooper S visit this link.