Can Tennis Balls Dent Your Car?

Was your child playing tennis and their Roger Federer shot dented your car with the tennis ball? You must be thinking can a tennis ball really dent a car? The answer to this question would be a simple YES!.

A tennis ball can leave a dent on your car depending on various factors.

If your child was playing cricket with a tennis ball and he hit a direct hard shot on your car’s door, then there will be a deep dent. Another importance factor would be. What material is your car made of? Car industries are opting for many different alloys now rather than traditional steel to meet the requirements on emissions. 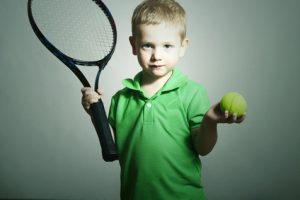 If we travel back two decades we may find that cars were made of traditional steel with mixing of some other elements. Their bodies were hard, but they had bulk. With time, needs of consumer and emission norms evolved. Consumers started demanding cars with sleek design with great pickup and good top speed. On the other hand, government emission norms evolved which made car manufacture companies to shed of pounds from their cars. They started making their cars lighter by slashing off layers and using of more light alloys.

Now days, you may find companies like Volkswagen using aluminum as their primary source of car manufacturing while other companies like Ford are still using steel for their car bodies. Although aluminum is expensive, it is more lighter than steel and mixing it with other elements like boron results in six times more stronger alloy than steel. If you own a luxurious car like an Audi A8 or Jaguar XJR then it may be a concern because these cars have their bodies entirely made of aluminum. Even if your car is made of traditional steel, there are chances that it may get a dent from a hard hit of tennis ball.

Many factors can be considered while analyzing dents on your car’s body. If the shot was hard and the ball was at a speed of around 110 MPH, then it could easily leave a dent . Now, the place of dent is also important, as doors and bonnets are more likely to get dents easily, the boot and the roof are less likely to get dented by a tennis ball. Frequency of impact is the most important factor. If the shot was light, for example your child is too young to hit the ball hard, then your car is less likely to get dented on which you will need to ask yourself, what other reason could have caused a dent.

Either way Car cosmetics can fix it for you. Click this link to receive a free quote.