Part of McLaren’s Super Series, alongside the 650S Coupe and 650S Spider, the McLaren 675LT is part of a never seen offensive from the British manufacturer. Targeting the newly unveiled Ferrari 488GTB which is the first turbocharged mid engine Prancing Horse model since the legendary F40, the 675LT shares no less noble roots, as the LT (or Longtail) moniker sends to the pinnacle of McLaren’s F1 evolution, the F1GTR, also known as the ‘’Longtail” thanks to its characteristic body style. 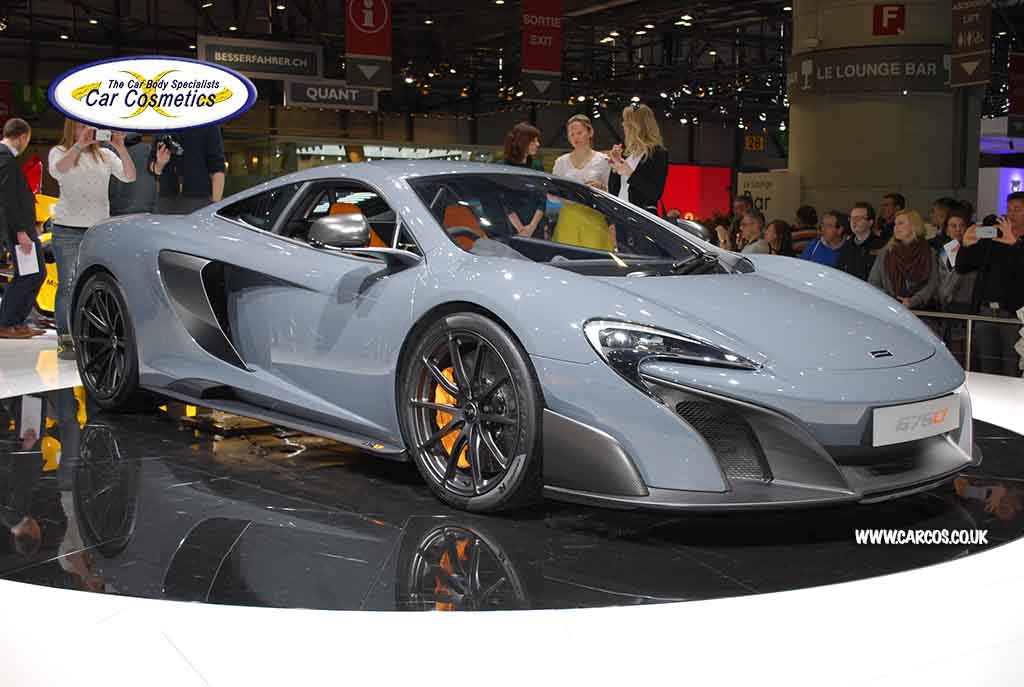 Although based on the 650S, the novel model is said to have 33% new or reworked components, rising above the status of a tuned 650S. Moreover, the use of composites decreased the dry weight to 1230 kilos. Various carbon fibre body panels, such as the front and rear bumper, the front splitter, the side skirts and the rear air brake, alongside the scrapping of the air conditioning system, the addition of carbon fibre seats and a new titanium exhaust have amounted to a total of 100 kilos, improving the dynamic capabilities of the supercar.

Despite having the Longtail moniker, the McLaren 675LT is not visually longer, but tries to emulate the naming scheme through clever tricks. Take for example, the rear wing (or airbrake): compared to a standard 650S, it’s 50% larger, yet it weighs less. In the same manner, the revised body panels combine to create a much sleeker and aggressive shape, increasing the downforce with 40% without any other alterations of the body style. With the actual difference between the two cars being just 34mm (in the favour of the LT), the naked eye is less prone to identifying the car with the proposed body style association, which is a shame, we’d say, as a leaner McLaren would have been more visually impressive.

The front fascia is reminiscent of the 650S, but includes inspiration from the P1 flagship, as the headlamps are fashioned after the McLaren logo. The shape of the air intakes is almost identical to that of the 650S, but the addition of a new splitter and front endplates gives it an individualistic look, while making the 650S appear as deflated.

The side air scoops have increased in size, while a new admission has been placed near the rear wheels, merging with the side skirts. Channelled to the side intakes by the front aerodynamic elements, the air is ingurgitated by the massive radiators, cooling the engine. 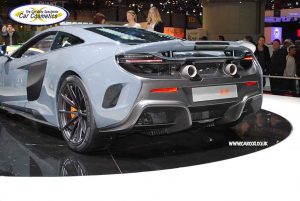 The rear appears slightly longer, but it’s more of a visual trickery than the truth, as the rear wing has increased in size and the air diffuser has reached massive proportions. Not only does it make the LT look more menacing from behind, but it provides the car with more downforce. The twin titanium exhaust make a more distinctive noise, although the turbocharged power plant is unable to match a naturally aspirated unit in tone.

Carbon ceramic brakes, with a front diameter of 394mm and 380mm in the rear, are offered as standard, while the wheels themselves measure 19 inches in the front and 20 in the rear, being wrapped from the factory in Pirelli P Zero Trofeo R’s. This should insure optimal stopping power, as well as outstanding driving capabilities. The lowered ride height, combined with the stiffer springs and the racing seats will emulate the experience of being in an actual race car, but in the detriment of comfort, so if you have a bad back, you might want to order the optional seats. Or just buy a sofa. 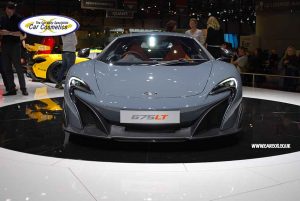 Staying true to the race car creed it enforces, the McLaren 675LT’s interior is focused solely on the driving pleasure. As follows, the cockpit is bare and does not include any amenities. In fact, the car comes with carbon fibre racing seats, a suspension system that sits 10mm lower than in the 650S and no air conditioning.

A digital instrument cluster resides behind the flat bottomed steering wheel, while ample amounts of carbon fibre decorate the rest of the cabin. Leather upholstery or alcantara can be specified, with standard or contrasting stitching, while everything, from the seat’s size to the addition of electrical/heated seats, audio system or air conditioning can be opted in or out. There’s a Club Sport pack whose main feature is a visible roll bar mounted behind the seats. 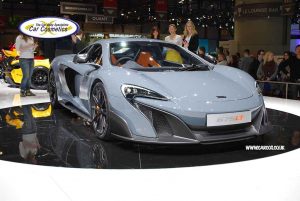 Except for McLaren’s test drivers and perhaps a few lucky customers, no one has yet driven the new wonder child from Woking, but we can look instead at some of the numbers that the manufacturer made public.

The engine powering the McLaren 675LT is a mid-mounted, 3.8 litre V8, the same used in the 650S, but with more than half of the components changed. Modifications to the turbos, cylinders, an updated fuel pump and custom exhaust manifold made it reach a peak power output of 666bhp, which gave rise to some remarks about its “evil” character. However, aside from its desire of eating alive the new baby Ferrari, there’s nothing evil about it – or is it?

Having an impressive power to weight ratio of 541 bhp per ton, it’s more powerful than its main adversary and its driving behaviours make it a best-in-class alternative according to the manufacturer.Despite the aerodynamic improvements, the top speed has actually been reduced with 2 miles per hour compared to the 650S, being now 205mph. The sprint from 0 to 62 takes 2.9 seconds, while the 0 to 124 takes just 7.9 seconds, faster than both the Ferrari and the 650S. 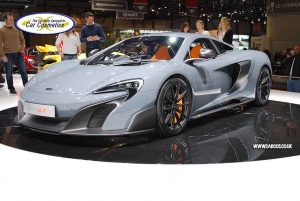 Having the same power plant as the model preceding it, the McLaren 675LT is bound to be a reliable vehicle, as no breakdowns have been reported. In case something does happen, owners have the joy of benefitting from special treatment from the manufacturer, meaning that anything will be resolved as fast as possible. Moreover, McLaren will take the car from you, fix it and return it, saving you a few grey hairs.

Having a carbon fibre monocoque, the McLaren 675LT is built around the driver, making accident and collision protection quite impressive. In case of accident, the carbon fibre body panels will shatter on impact, but the solid tub will remain undamaged, in the same manner that a Formula 1 car behaves, sacrificing components but saving the driver’s life.

Said to cost upwards of £260,000, the LT is not exactly a bargain, but in the world of supercars, this is not exactly sky high, as the McLaren’s own P1 retailed for £866,000. However, for the money, you’ll get a race prepped, road legal automobile.

Insurance and tax will be high, as the 666bhp power plant will not be able to rival an electric or hybrid in emission standards and only premium unleaded gasoline will be fit for the LT’s tank. Fuel economy is expected to be close to the 650S’s figure of 24.2 miles per gallon, combined cycle, but remember that is the official figure and we all know that they might not reflect the reality 100%, so prepare for slightly different numbers.

As standard, McLaren offers five possible configurations for the car, with air conditioning (removed as standard) being a no-money optional. The body colours range from the superb Silica White to the eye-popping Aurora Blue – for a total of 19 hues, while wheel choice is limited to 2 models, in light or stealth configuration. The MSO department is there for further modifications, which are close to unlimited, provided you have the money to cover them. 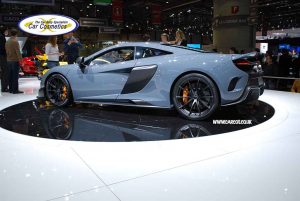 For a street legal race car, the McLaren 675LT is as practical as it can get. The A/C is a no-money optional, so you can opt to have it fitted without having to worry for money. The electrical and heated seats are also optional, but this time they cost; instead, carbon fibre racing seats come as standard. The interior can be wrapped in either leather or alcantara (or a combination of the two), according to your preference.

The boot space is of an undisclosed size, but based on the fact that it’s slightly bigger than the 650S, we’d say it’s liveable, but don’t expect to carry furniture with it, as a golf club set will not fit and besides, if you have money for a supercar, chances are that you have one (or more) cars in your garage.

GTA Spano Car Review How to Change a Car Battery