Not that long ago, more specifically in March 2014, at the Geneva Motor Show, Lamborghini took the wraps off its latest creation, the Lamborghini Huracan. 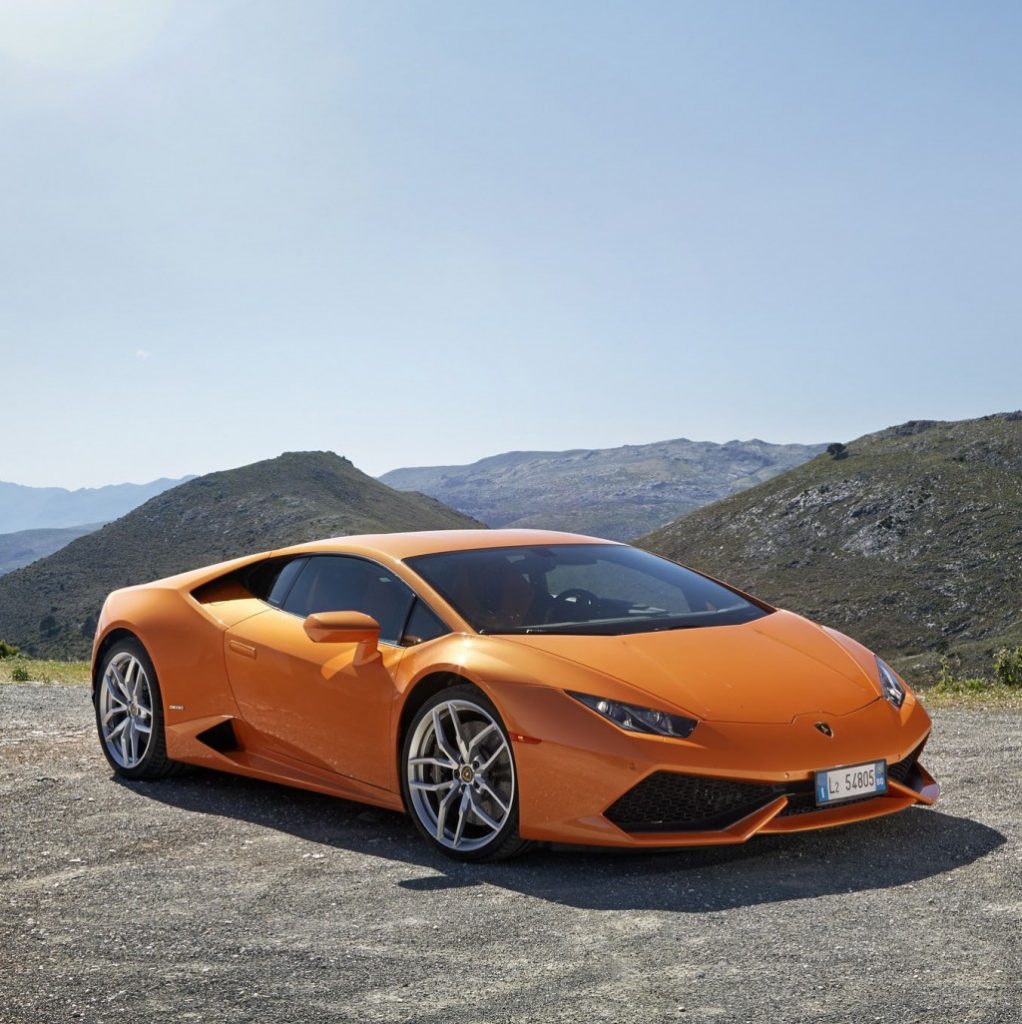 Designed as a replacement for the aging Gallardo – which, over the course of 11 years, sold in over 14.000 examples – the new baby Lambo had to outperform not only its predecessor, but also fierce competition, in the form of the Ferrari 458 Italia or the McLaren 650S. The stakes are high, so follow our review to see if the Lamborghini Huracan is as good as it name says it is!

From the point of view of a Lamborghini, it fits the brand’s DNA, albeit being a bit on the conservative side. Its exterior aspect seems more like a natural evolution of the model it replaces rather than a completely novel vehicle, but perhaps the designers didn’t want to take any chances with an overly extravagant look.

From the front, the Lamborghini Huracan looks more like an angry cat, with its flattened bonnet and heavily inclined windscreen. The bumper includes geometrical air intakes and a central lip that protrudes slightly more than the bumper elements, giving it a rather menacing look. The LED headlamps are more in line with the trend introduced by the bigger brother, the Aventador, as they do not extend towards the windscreen, but mimic an inverted, flattened trapezium.

The already common wedge shaped profile brings the cabin forward, closer to the front axle and allows for a leaner roofline. The large wheel arches, embracing the wide section tires are among the few curves that are encountered on the surface of the vehicle, as sharp angles dominate. Point your eyes lower and the side skirts morph into an air scoop designed to channel air towards the rear brakes, while an air intake just behind the window line serves as an air duct that guides cold air for the cooling of the engine.

According to specification, the rear window may be either clear, letting bystanders observe the engine, or it may be fabricated from composite materials, in which case the heart of the beast will lay hidden until exposed by the owner. Moreover, the entire engine may be coated in carbon fibre and an X strut, used to both support the engine and increase torsion rigidity may be mounted upon request.

The rear of the vehicle bears resemblance to the fabled Diablo, as the rear overhang is very short and the bumper is slightly pointed upwards, a small, but remarkable design artifice, used to evoke previous motoring heritage. The elongated backlights are flanked by a parallel strip of black mesh that acts as an air outlet for expelling the heat from the engine. Below, the short bumper incorporates a quadruple exhaust, with large, perforated tips and a massive air diffuser. 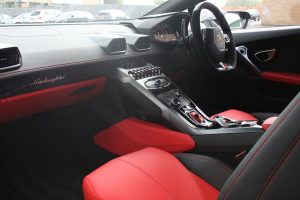 As the outside of the vehicle was detailed prior, we shall focus mainly on the cabin in this section. The aeronautical influence that guided Lamborghini designers since the introduction of the Murcielago and the Reventon has remained a strong asset. Inside the cockpit, straight angles dominate, as the central console takes design cues from fighter jets, the flip-style start button, also present on the larger Aventador, being the most prominent element. The instrument cluster is now digital, and it can be configured as desired, switching modes being very intuitive. Carbon fibre is ever-present, as well as high quality Italian hand-stitched leather and alcantara, but more extravagant materials can be included, if your pocket is deep enough.

The ride feels smoother than the Gallardo’s, probably due to the new shock absorbers employed. Also, a twin-clutch 7 speed gearbox with paddle shifters is in charge of changing the gears and, unlike the stone-age experience in the old car; gear change occurs naturally, without the violent kick in the back of the head of the old car. The V10, although shared by the R8, feels more elastic and wilder, the thunderous roar of the exhaust making the hairs on the back of your neck stand out in excitement.

In the past, Lamborghini had a less than trustworthy reputation, as the cars coming out of the Sant’Agata factory were prone to leaving the driver stranded in the middle of the road sometimes. Electrical and mechanical failures were quite common, and only the styling and the dynamic performances saved the company. However, once Audi took over, the craftsmanship improved. The Lamborghini Huracan is built on a common platform with the Audi R8 and shares the same carbon-aluminium core construction that makes it more than 10% lighter than the Gallardo, but also easier to repair in case of accidents. As for the drivetrain, it employs an evolution of the engine shared by the R8 and the Gallardo. A 5.2 litre, V10 power plant that develops over 602bhp takes care of the propulsion, while a 4 wheel drive system transfers up to 70% of the torque to the rear wheels – and, in extreme cases, it is able to put 100% of the power to the same axle.

The estimated mileage sits around 22.6mpg, mixed cycle, but a heavier foot and a sportier driving style (read crazy) may diminish the figure. 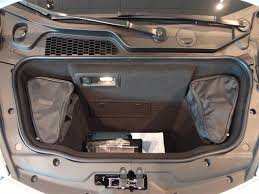 Primarily designed to be a top contender both on road and on the race track, the Lamborghini Huracan is not exactly a weekend shopping vehicle. Its boot, located under the front bonnet, is very small and can only hold a small bag at best. However, an optional suitcase set purchased from Lamborghini gives you the option of using the limited space behind the seats.