The most powerful model to ever exit the factory in Maranello, the LaFerrari was especially built to celebrate 70 years of racing heritage and bears tribute to the founder of the company, Enzo Ferrari. Combining intense, sculptural lines while remaining faithful to tradition, it blurs the boundaries between mechanical masterpiece and a work of art. 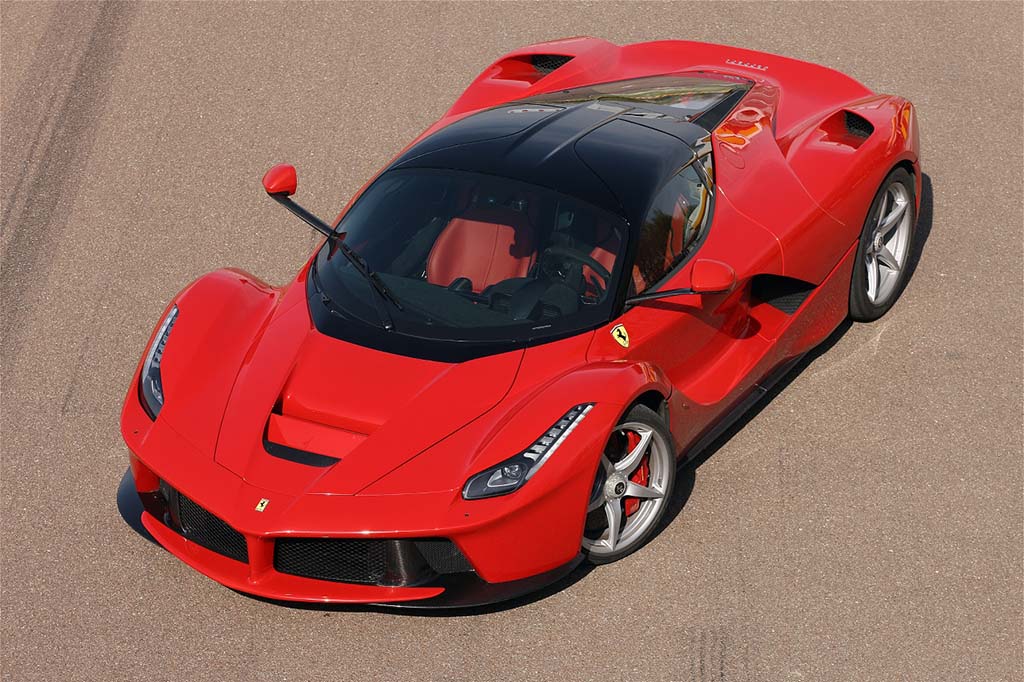 On the first official unveiling of the hypercar, on March 5th 2013, the then president of Ferrari, Luca di Montezemolo, declared: “The name of the car is LaFerrari. La Ferrari means the excellence of Ferrari and an iconic name for a car which put together all our excellences: extreme performance, technologic innovation, futuristic style and last, but not least, driving emotion and fantastic drivability.”

Arguably a name not that enjoyed by the public, it was eventually accepted, as the aspect and extreme performance of the car exuded awe and respect. The decision to build only 499 examples was a difficult one, as more than 700 written orders have been recorded prior to the unveiling, but in order to keep the tradition and the exclusivity of both the marque and the model, the pronouncement was to limit the production, a common practice of Ferrari.

The design was realized in house, by Ferrari Styling Centre. This constituted a break from the previous celebratory editions, which were penned by Pininfarina. The car’s unmistakable contour belongs to Flavio Manzoni, the lead designer. The overall profile bears resemblance to the brand’s racing heritage of the 1960’s, while the balanced proportions and the supple lines make sure that this remains a powerful statement of elegance for years to come. 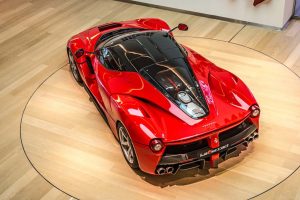 The front nose cone was inspired by Formula 1 race cars. Unlike the one from the Enzo, it slopes at a more aggressive angle, being narrower and having a central air outlet to expel and channel the air stream over the canopy. The door mechanism has also changed, being now computer controlled, unlike the manual version on the previous car. Protruding into the surface of the canopy, they open upwards and tilt to the front, providing a stunning visual experience; the deeper cut subsequently lead to an easier entry and exit from the cockpit. The complete electro chromatic glass top enclosure sits on a carbon fibre frame, embracing the occupants and enhancing all round visibility. An overall reduction in dimensions as compared to the Enzo (-40mm in width) helped in obtaining a lower frontal surface area in order to reduce drag and a lowering of the centre of gravity (-30mm in ride height), lead to a notable increase in performance. 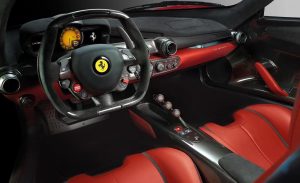 Benefiting from valuable input from Ferrari’s Formula 1 drivers, Felipe Massa and Fernando Alonso, the engineering department designed the cockpit around the driver.

Subsequently, the driver’s position is lower compared to the Enzo (-30mm) and more reclined, the lowered centre of gravity contributing to a better distribution of weight and greatly enhancing stability. The individual seats were eliminated and replaced with carbon fibre moulds glued directly to the floor; each model will have bespoke specifications, as per customer dimensions. In addition, the entire steering column and the pedal assembly are fully adjustable in depth, as well as in height. The dashboard has a customizable instrument cluster, the traditional gauges being replaced by an LCD display, which is able to record telemetry data such as track time, acceleration and lateral gravitational forces, among others. 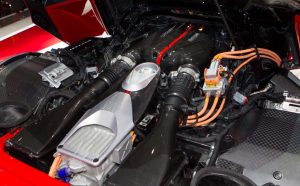 Cured in the same autoclave as the Formula 1 chassis, LaFerrari’s body shell benefits from the exact same technology and production techniques as the company’s most advanced, track oriented vehicle do; being a first for the automotive industry, this lead both to innovation and a significant reduction in weight. As opposed to the Enzo, the new model’s curb weight is 2,766 pounds, being over 10 per cent lighter, in spite of having a much more complex architecture than the previous example.

One of the most interesting features of the new limited series model is the engine, which is constructed on hybrid architecture: a naturally aspirated internal combustion engine and an electric motor.

The main power plant consists of a central mounted 6.3 litre naturally aspirated V12 with a rating of 800 horsepower, which reaches an impressive 9,250 revolutions per minute, a first for Ferrari. Connected to the engine is a dual-clutch, 7 speed semi-automatic F1 gearbox. Complementing this array is a new electric motor that develops a further 163 horsepower, the total power rating of the LaFerrari being 963 horsepower, making it the most extreme and powerful model ever to be produced by the Maranello factory. Acceleration from 0 to 62 happens in 2.9 seconds, while the estimated top speed is thought to be “over 218mph” although more precise measurements weren’t provided by the factory. However, considering that the Enzo, with a 660bhp engine reached 355 on the Nardo circuit, we would expect the LaFerrari to easily top that record, considering it has over 300bhp more, as well as more advanced aerodynamics. Automotive journalists have praised it for its aggressive character and extreme performances, stating that it felt very close to a 458 Italia on steroids as far as its on-road behaviour is concerned.

Thus far, no instances of a breakdown have been reported, but several years of development have been invested in its making, so we would expect near perfect behaviour as the car is supposed to go over the 218mph mark numerous times over the course of its life without displaying the slightest sign of weakness. 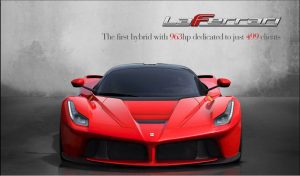 The original price tag of a new LaFerrari was over £1 million, with the condition that the future owner already had in his or her possession another 5 examples of the marque’s vehicles, an exclusivity clause that is still not officially recognized by the brand. Add to that the fact that Ferrari had to turn down 200 potential owners (of the 700 which registered for the car), then it becomes obvious that the criteria were extremely selective. Buying a new example is no longer possible, as all have been sold prior to the 2013 unveiling, so a used one would be the safest bet, but the disadvantage would be that the price will likely jump the original 1 million, as the LaFerrari has become a collector’s item, with only 499 in existence.

At the time of writing, Ferrari unveiled a track only based version of the LaFerrari, dubbed the FXXK (XX being the name of the non-road legal, race only oriented program reserved to customers and K representing the kinetic energy regeneration system, part of the car’s hybrid architecture). No pricing details have been released, nor any performance figures, save for the power output, now rated at 1,036bhp. A vastly more aerodynamic profile, as well as a more aggressive body kit as well as a lower ride height and less weight should mean that it will be blistering fast. 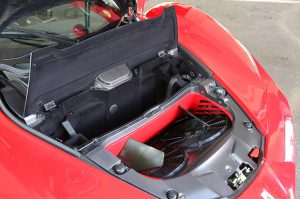 The LaFerrari is not the most practical thing in the world, especially since it is part of the new breed of hypercars. It has no boot, so if you’re planning to go to work in it (which you will not, because 499 examples) you will have to put your briefcase on the passenger seat; should you happen to have a passenger, you may either put your briefcase in his or her lap or simply eject them out – no other storage spaces are available.

Hungry for more information right now? then check out this link to the Official LeFerrari Website