Marketed as the planet’s most powerful muscle car, the Dodge Challenger SRT Hellcat boasts an impressive power figure, standing at 707 horsepower. With supercar rivalling performance figures, the massive coupe is available only as an import in the UK, but at the base price of $58,295 (£37,503 est.) there are little to no competitors for it. 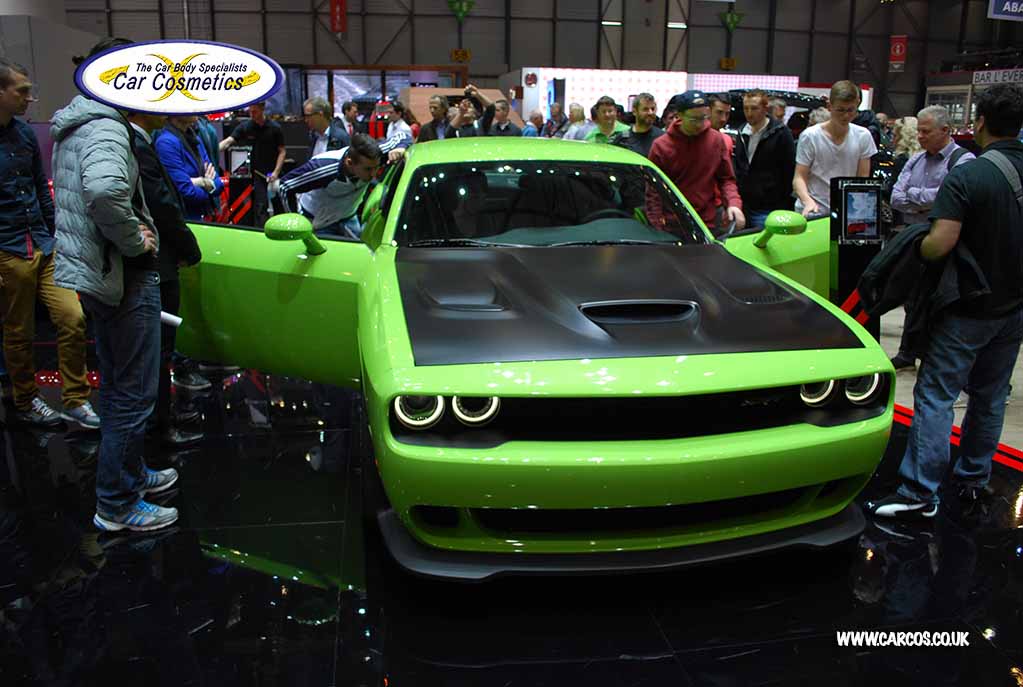 A modern reiteration of the legendary Challenger model of the 1970’s, the muscle car sports a similar figure with its predecessor, but with the additional safety features and materials employed, it creates a more powerful impression – perhaps not as emotional – but intimidating. The power output and the Hellcat badge definitely contribute to that impression, as do the 275/40R 20 wheels.

Visually, the Hellcat differentiates itself from the plebeian Challenger through a specific body kit, which features different aerodynamic elements, a new set of wheels, a different bonnet and an extra 222 horsepower. And a badge.

Dodge states that the Hellcat spent 35 per cent more time in the wind tunnel than the regular Challenger in order to achieve an optimum aerodynamic shape. The driver’s side parking lamp is removed and instead, Dodge installed an Air Catcher cold air intake that spews air into the massive 6.2 litre V8 under the bonnet. Speaking of the bonnet, it both has an air intake and a twin set of vents, situated on either side, in order to expel the heat generated by the large displacement engine.

The exhaust note of the engine is highly addictive, forcing you to go higher and higher in gears, playing near the limits of the rev-red zone. However, to get a spine tingling feel, we recommend that you look for a tunnel and lower your windows; if you happen to have any passengers, the better. Step on the gas until there’s no more travel and enjoy the rumble of the Hellcat; for added satisfaction, downshift once or twice, just to hear the exhaust bark. Then repeat! Or you could drive like a sensible human being, but the car’s monstrous character is only revealed when you push it a little…or a lot. 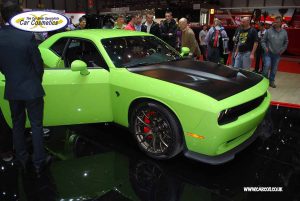 Inside, the Dodge Challenger SRT Hellcat is quite a welcoming beast. The cabin is extremely spacious and it has the capacity of seating four people in comfort. The dashboard design is reminiscent of the 1970’s model, with a retro instrument panel, designed so as to evoke deep emotion in both new and previous muscle car owners. The central console is oriented towards the driver, while various Nappa leather colours are available, as well as Alcantara. For the more demanding, ultra premium Laguna leather is available. Generous aluminium inserts give it a sporty appearance, but the front seats could use a little more lateral support.

The infotainment system is powered by Chrysler’s UConnect interface, through a large, 8.4 inch display. Through here you can customize the car in almost unlimited ways, including altering the suspension stiffness, adding additional gauges or visualizing the G-force 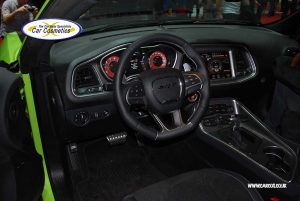 Powered by a 6.2 litre supercharged HEMI V8, developing 707 horsepower and 650 lb ft of torque, it has a choice of two gearboxes: a six speed manual from Tremec and a semiautomatic, 8 speed TorqueFlite one, with paddle shifters. The sprint from 0 to 62 is done in 3.9 seconds with the former and in just 3.6 seconds with the latter, while the top speed is unchanged for both, hovering at the 199 miles per hour mark.

It is both more powerful than the Ford Shelby GT500 (662 horsepower) and the Chevrolet Camaro ZL1 (580 horsepower), taking the title of world’s most powerful muscle car. Despite its heft (over 5450lbs), it is still a very capable machine and you won’t be embarrassed taking it to the track, thanks to the excellent three way adjustable Bilstein shocks and the 15.4 inch Brembo brakes. Did we mention the engine?

The Dodge Challenger SRT Hellcat, so far, has received little to no bad reviews for issues. No major breakdowns have been reported, save for tyre damage (who would have thought) and an appetite for coolant and oil. It’s good to know that the manufacturer offers a 3 year or 36,000 miles basic warranty and a 5 year or 100,000 miles warranty for the drivetrain. Some owners reported having the radiator seam split or the rear differential seal leak, but everything was taken care of under warranty. 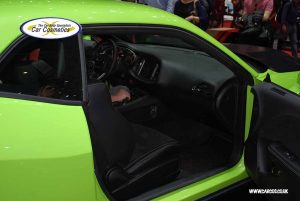 At the base price of $58,295 (£37,503 est.) for the basic configuration (with a manual gearbox) it almost seems like a steal. There are no new vehicles currently on the market that are able to offer this level of performance at such a low price. However, despite its unbelievable value for money, the Dodge Challenger SRT Hellcat has one disadvantage: it’s thirsty. The official fuel economy figures stand at 13 mpg city and 21 mpg highway, which isn’t too flattering.

Should you be able to withstand doing this sacrifice, then the car is for you. If, however, you’re set on that 58 mpg hybrid, then we recommend you a serious session with your psychologist. 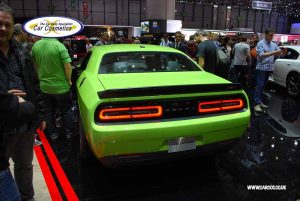 Believe it or not, the Dodge Challenger SRT Hellcat can also be your daily driver, if you happen to be an oil magnate, as it can consume its entire tank of gas in 13 minutes, if pushed to the limit. But, supposing you are capable of lifting your foot off the throttle, the Challenger Hellcat will prove to be a practical machine. Having more interior space than the Mustang or the Camaro, the Dodge Challenger SRT can easily accommodate four adults inside. Despite the fact that it has five seats, the central rear seat is small, cramped and sits higher than the other two, forcing the unfortunate soul who might end up there to curse from the start of the voyage to its very end. So, if you don’t want to destroy any friendships, don’t let any adults sit there; children, however, may fit, but we recommend trying it first.

The large doors allow for a relatively facile entry, but to access the rear seats the front ones have to be folded, as the car is a genuine coupe. At 458 litres, the boot can rival numerous saloons. Add to that the fact that the rear seats can fold and you can easily stuff in the back a golf bag, two camels and a 24-pack of beer. Or more, if you put it on the passenger seat.