The pony car seems to be expanding its legacy into the future with its new and innovative Camaro V8 Coupe 2016. The Chevrolet Camaro V8 Coupe 2016 comes with innovative hardware conjugated with a 4 cylinder turbo charged engine. It’s the sixth time, Camaro has come in a direct battle with Ford Mustang, the pony car’s local rival. The new model doesn’t seem to be straying away from its classic formula.

The apparent styling resembles the models sold from the years 2010 to 2015. However, what goes on under its skin and beneath its hood is quite different. It now deploys, GM’s Alpha architecture, which implies that it not only has a lot in common with Cadillac’s CTS and ATS but it is also the hi time for us to stop labelling Camaro as a muscle car. 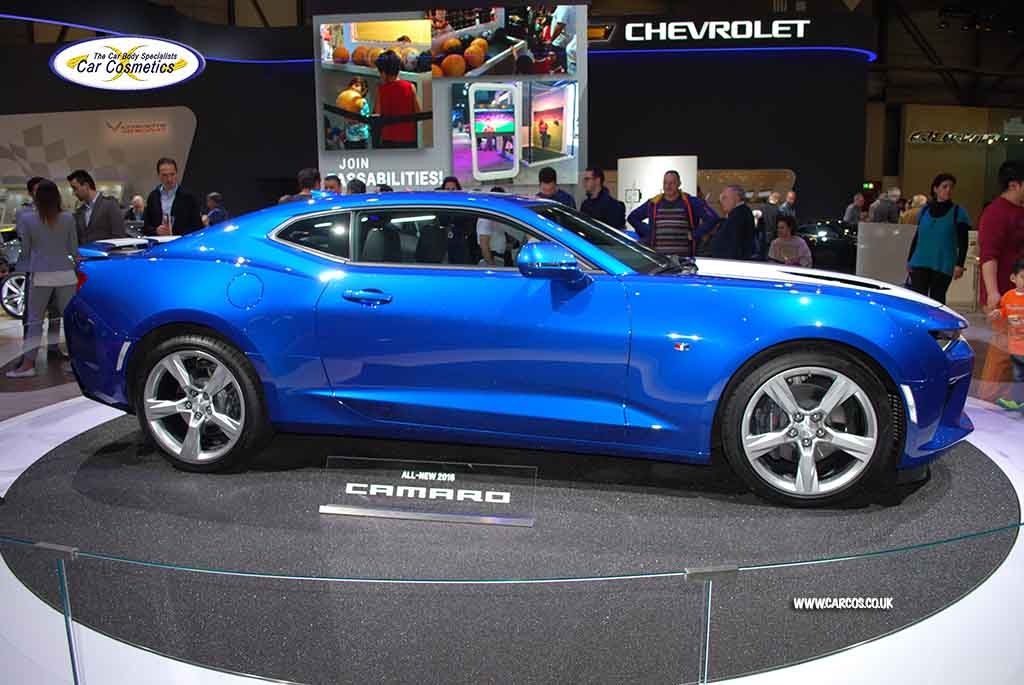 
How Does It Work? 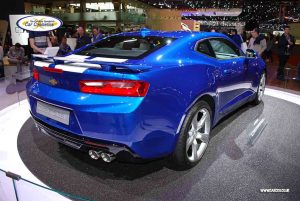 Chevrolet Camaro V8 Coupe 2016 is the first generation of Camaro to be powered by a turbo-charged 4 cylinder engine. It can produce around 275bhp with a torque of 295 lb. ft. Chevrolet claims that this power would be ample to get the get the car flying from 0 to 60 mph in just a matter of 5.5 seconds. It might not be as powerful as its contemporaries but still it is pretty fuel-efficient. General Motors have claimed that its mpg would measure up to 30 once the ETS has subjected it to their standardized tests. This might make it comparable to Mustang Ecoboost. Ecoboost is considered to be the most fuel-efficient vehicle in the Mustang range with a 31 mpg when driven manually and a 32 mpg when driven automatically.

This is followed by Camaro V6 which is powerful enough to crank out 335hp but the best in range is the V8 Camaro which successfully pushes out 455bhp and 445 lb. ft. torque. It is quite fast and requires merely 4.3 seconds to get to 60 mph from 0. All of these models can be handled with either a 6-speed manual transmission box or an 8 speed automatic one fitted with paddle shifters. Overall it can be asserted quite confidently that even a midrange model of Camaro Coup 2016 would beat the best performance Camaros of a few generations ago. 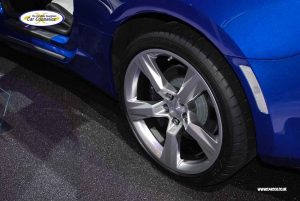 No matter what powertrain combination you might opt for, you can customize the Camaro to your individualistic driving styles and preferences. This is made possible by an innovative feature termed as the Drive Mode Selector. This feature would enable the drivers to burnish their driving by adapting and adjusting features such as the car’s stability controls, its throttle progressions, its steering etc. You can opt for either Sport Mode or Tour Mode depending on the setting of your Track. Chevrolet gives you the option to freely play with these settings and to devise your individual drive mode catering to your individualistic preferences.

The suspension is double-pivoted and the electrically powered steering is also standard for the Chevrolet. The brakes which work with four pistons are also standard, and so are the 20 inches tires on the SS model. However the LT Camaro comes with a customizable option of Eagle F1 run-flat tires. 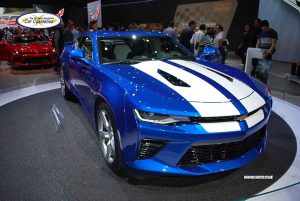 Chevrolet Camaro V8 Coupe 2016 is also budget-friendly and comes at a reasonable price tag. The price range starts from £34,995 and may go up to £39,995. Moreover, it also offers extra packages that are optional to step up the appearance or performance of your car. These options include a head-up display, leather upholstery and a thermal steering wheel. There is a Brake package which helps you maneuver easily on a Track Day. Similarly, when this brake package is conjugated with specialized 20 inches wheels, it offers Brembo brakes with four pistons, superadded with performance pads. It also contains additional coolers for your engine oil.

The Chevrolet Camaro V8 Coupe 2016 is different on so many levels from the previous fifth generation cars, however initially it may resemble the previous models greatly. Or you may think that the fifth generation Camaro model has walked out of a personal trainer’s office after benefitting from the services of a stylist consultant. However, once the very familiar metal sheet has been lifted off, you would come across a platform which is unique and innovative to its core. The Alpha underpinnings have revolutionized its working and now it has much in common with the entry level Cadillacs. This new platform is conjugated with considerable loss in its weight and an upgrade in both its interior design as well as the quality of the deployed materials.

Let’s now have a glimpse of the review’s summary.

Car Polish and Wax, What is the Difference? Car Body Repair Costs – What to Expect?