In a somewhat bothersome fashion, Audi operates in a most understated manner when updating its models from year to year – on the visual standpoint, at least, and the compact Audi A3 doesn’t stray far from this philosophy.

There are no dazzling lines that make it stand out, no jaw dropping elements that would make you let go of your girlfriend’s hand and run after the 3, trying to snap a picture… Sadly, the latest example from the Audi A3 line resembles the old one, which might lead to our presentation of the new “old” one or old “new” one… Without further ado, let us get on to our review or else things might get confusing.

For starters, despite the fact that the exterior styling remains, in typical – should we say, German – fashion, more or less the same, the entire chassis, engine line-up and interior components are brand new. Coming in various configurations, the A3 family includes a hatchback configuration – the 3 door A3, a Sportback (5 doors hatch), A3 Saloon and A3 Cabrio.

The more powerful S-line is comprised on the S3, S3 Saloon, S3 Sportback and S3 Cabrio. Topping them off is the 362 horsepower RS3 Sportback.

A plug-in hybrid is also available, under the form of the A3 Sportback e-tron. The total power output is 204 horsepower, coming from a combination between a 1.4 litre petrol engine and an electric motor. The low CO2 emissions (37g/km) qualify it into the clean league and also spare it from road tax. On top of that, it offers an amazing 176.6 miles per gallon (mixed cycle), according to the manufacturer, although we reckon it might differ in real driving conditions but it beats everything Mercedes has. 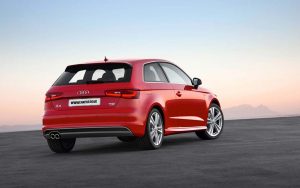 A familiarity greets us when we look at the Audi A3, as the lines have now become quite customary. However, the devil is in the details. A more ample grille with chrome detailing dominates the front end, while LED technology headlamps with a characteristic pattern promise to both distinguish the model at night and better illuminate the road surface.

The silhouette is more or less unchanged, especially if we’re talking about the base A3 hatchback. Thanks to the mild refresh, the visibility has improved, and it’s miles ahead of the Mercedes A-Class. 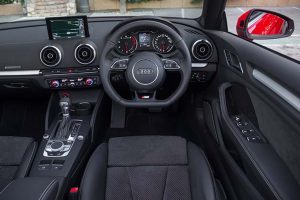 Although you might be tempted to believe that the Mercedes Benz may offer a more premium interior, the Audi surpasses both of its main rivals, the MB A-Class and the BMW 1 Series.

The reasoning behind raising the bar in terms of interior fittings was that one in every 5 Audis worldwide is an A3, so the company in Ingolstadt was determined to both keep its clientele and gain more buyers. The introduction of the smaller A1 model also helped, as it allowed upgrading the experience of the A3’s cabin. Soft touch materials abound, while ergonomics is king. The air vents feature stylist gray rings around them, while physical controls are kept to a minimum. A 5.8 inch screen – standard on every model, regardless of trim level – will pop up at the touch of a button and it will allow both the consumption of entertainment, the display of critical information and take care of navigation. 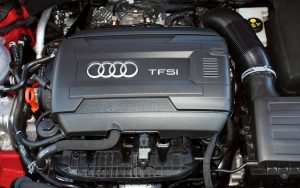 Unlike a trend which tends to propagate throughout the automotive industry, the new Audi A3 does not have a stiffer suspension system, but a more “relaxed” one. The overall driving impression left by the compact hatch is pleasing rather than exciting, as the softer settings of the dampers soften road irregularities much better and allow the driver to be more laid back while driving. This may be a downside for some, as the car is not as exciting as its Bavarian counterpart, but it doesn’t make it a dumpling on wheels either.

For those that prefer a more exciting drive, the S models are recommended and if you’re feeling generous, the 362 horsepower RS3 may be the answer. 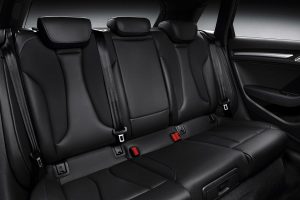 Although the new generation promises to be as trouble free as possible, some of the owners have reported consistent electrical failures and mechanical issues, especially regarding the clutch. On the other hand, those benefitting from warranty have praised the Audi Services and low prices compared to those of the competitors. 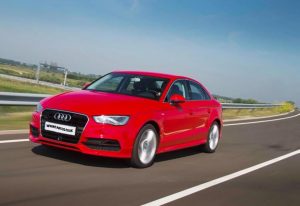 However, the most economical choice is represented by the diesel offers, particularly by the 1.6 litre TDI, which promises a mixed cycle fuel economy of 74.3 mpg and the 2.0 litre TDI, which gets you more horsepower (148) with a slight dip in mpg, the figure sitting at 68.9 mixed cycle. 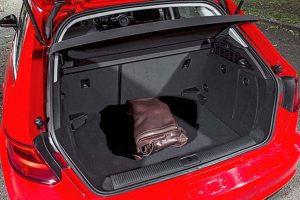 The boot of the Audi A3, with the seats up, measures 365, above the one from Mercedes (340l) and BMW (360) and remains a small advantage. Folding the back seat gains a total of 1,100 litres. Getting on the back seats is not as easy as in the five door A-Class, but perhaps it was designed this way so that more people buy the Sportback version. Who knows?

As we were saying, the passengers in the back, once they get there, will feel a bit cramped, due to the limited space offered both by the sloping roofline and the front seats. Tall people may feel uncomfortable, and long journeys are less recommendable unless necessary. That’s not a deal breaker, but perhaps for those who need a more spacious automobile, a five door option might be more suitable.

Do you require further information on the Audi A3? If so click here.